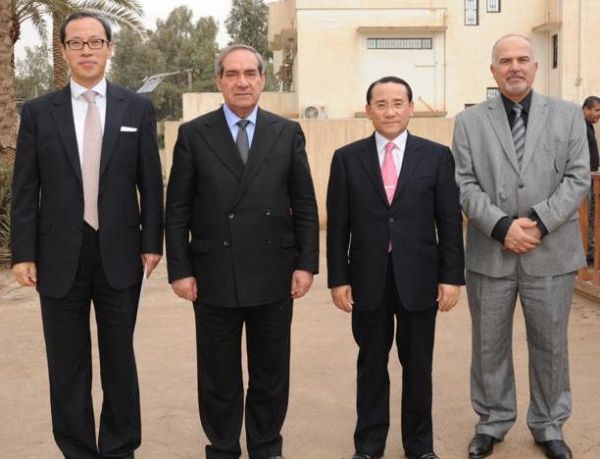 Iraq NIC was recently visited by a number of Korean companies in order to complete the technical and logistic preparations for starting the construction of the one hundred thousand housing units in Baghdad within the project of building one million housing unit all over Iraq adopted by NIC.
An official source in the NIC said that the NIC Chairman, Dr. Sami Al- Araji had received the delegation and confirmed during the meeting, which was attended by the Korean ambassador in Baghdad, the NIC’s readiness to submit all support and help to make the Korean companies work in Iraq a success referring to the state’s serious support for the construction campaign currently going in the country enhancing all ministries to provide investment companies willing to invest in Iraq with all facilities granted by the law.
The official source also added that the delegation which consisted of engineers of different specializations had concluded a series of meetings with all NIC and other ministries concerned people during which they reviewed the project site maps in addition to the field visit the Korean delegation made to several project proposed sites in Baghdad.
In turn the head of the Korean delegation stressed that the Korean companies are keen to achieve what they had proposed to make the project a success.