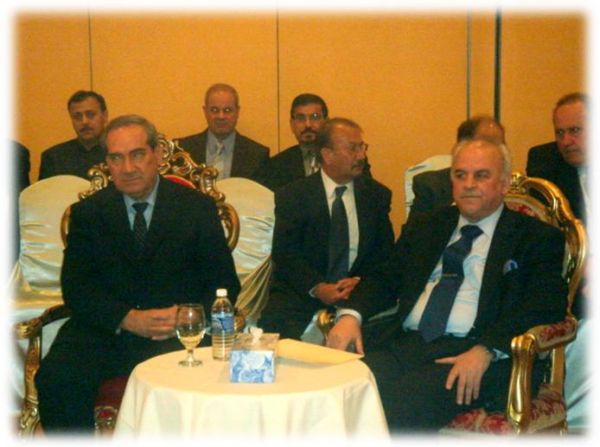 The Chairman of the National Investment Commission urged in his speech at a gathering of the Iraqi community in the city of Detroit / Michigan to participate in building Iraq, based on their specialization, and the possibilities available to each individual or institution, announcing his readiness to support efforts and provide the appropriate atmosphere for each fruitful opportunity that may serve the country and the people
This came during a visit paid by the Chairman of the NIC, Dr. Sami al-Araji to the state of Michigan recently within the official business visit to the U.S. starting with the city of Detroit. His Excellency held a series of meetings with American, Arab and Iraqi businessmen,investors and economists. He also met with the mayor of Dearborn, Mr. Jacques Orly, and a number of investors and members of the Arab American Chamber of Commerce. He presented NIC program, the economic development plans and the investment climate in Iraq.
He also stressed in his speech that the nature of his visit to the United States of America is to follow-up and activate the official economic and investment affairs between the two countries, pointing to the achievements of the NIC in terms of completed projects and existing ones which accelerated the economic development in the country and support of labor and employment through the creation of investment projects covering the largest area of the country and reflect its benefit on the country and the Iraqi people.

At the end of his speech and after answering a lot of interventions and questions from the audience, He expressed his thanks and gratitude of the Iraqi community and the Consulate General of the Republic of Iraq in Detroit, which worked on preparing this fruitful meeting.
His Excellency presented to the Iraqi Consulate General a model of a memorial gift symbolizes the Iraqi palm in the name of the National Investment Commission. HE Mr. Louay Nouri al-Bashar the Iraqi Consul General received it.

This meeting was attended by a number of businessmen, academics, journalists, representatives of civil society organizations and some prominent figures.