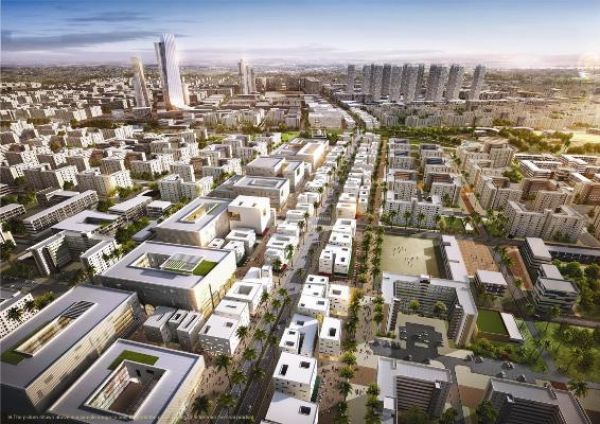 Aiming at Receiving Registrars and those Willing to Register

The National Investment Commission Opened a center for Bismayah New City project on the land of Baghdad International Fair to receive citizens registered and wishing to register for housing units in the project for the three surface area (100 m² -120 m²-140 m²).

NIC Chairman, Dr. Sami Raouf al-Araji said that the NIC agreed with the State Company for Iraqi Fairs to open a special center to receive the registered and wishing to register Iraqis for Bismayah new City project starting on Sunday, 03.06.2012 and under the supervision of specialists from the NIC and experts from the (Hanwa) company to answer all inquiries directed by the visitors, as well as registering new appliers and signing the housing unit contract after the payment of (25%) of the value of the housing unit to the branches of the three (Rafidain, Rasheed, and TBI) banks previously announced through the NIC official website.

He added that the NIC provided an opportunity for those wishing to register for the housing units of Bismayah New City project through their visit of the registration centre in Baghdad International Fair providing the required documents and to review the models of the housing units that will be implemented for the three surface areas, mentioning that the official working hours at the center is from 9:00 am to 6:00 pm seven days a week.

Worth mentioning that the NIC and under the auspices of the Prime Minister, Mr. Nuri Kamal al-Maliki had laid down the foundation stone for Bismayah New City project for building (100) thousand residential units of integrated services last Wednesday 30/5/2012, which is considered as the largest housing project in Iraq and part of the Baghdad’s share of $ (224 thousand residential units) of the project to build one million housing units throughout Iraq adopted by the NIC.