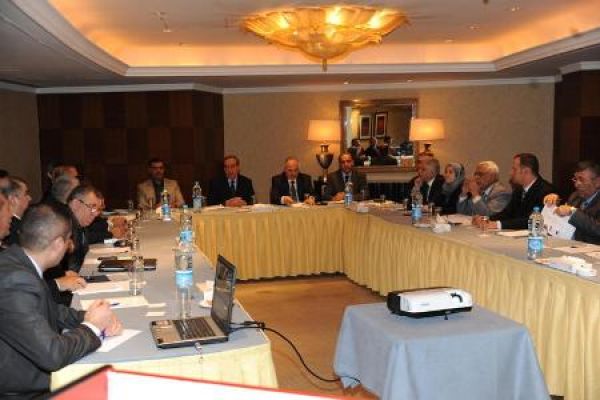 NIC chairman Dr. Sami Al- Araji asserted that NIC is ready to submit all support, privileges and facilities guaranteed by the investment law No. 13 for the year 2006 for investors willing to invest in Iraq in all sectors.
The mentioned words came during his chairing a series of meetings with a number of investors on the sidelines of the summit of the housing development in Amman where several important companies had joined as (Lafarge) of France an (Maaber) of UAE.
NIC Chairman also headed a meeting through which he explained the project of the one Million Housing Units to be constructed all over Iraqi provinces which will solve a big part of the housing crisis in Iraq, the meeting was attended by a number of Arab and Foreign investors.
Dr. Al- Araji referred that the project of the One Million Housing Units had reached advanced stages after agreeing to carry it out with the biggest international companies as more than 165 company had submitted their applications to participate in the project when the focus was put on only 35 companies applications being negotiated currently hoping that contracts shall be signed soon to witness during the next few months the launch of this vital project which will not only solve the housing problem but also will create a big number of job opportunities in addition to activating the other sectors through front and backup connections.

NIC Chairman also answered all enquiries and questions made by investors who in their turn highly appreciated the NIC efforts and the support it provides investors with enabling them to enter the promising Iraqi market.
The meeting was also attended by a number of high NIC and PICs officials in addition to some Iraqi Ministerial representatives.