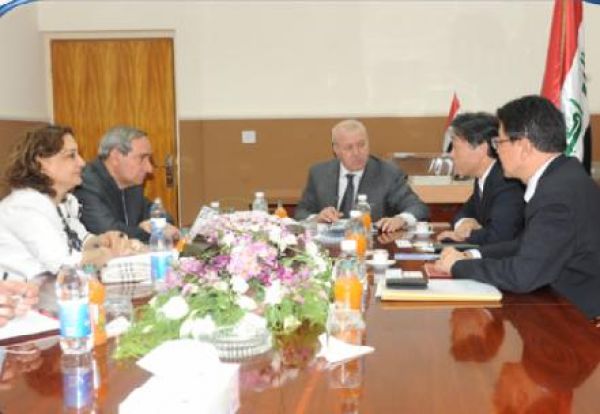 NIC Chairman, Dr. Sami Al- Araji received in his office the Ambassador of Japan in Baghdad and the Chairman of JCCME on the 20th of Sept. 2011 with the attendance of the NIC Vice Chairman and a number of DGs and discussed ways of activating the provisions of the MOU signed previously between NIC and JCCME in addition to examining the best methods of founding partnerships between the Iraqi and Japanese public, private and mixed sectors.