special training course for the management of investment zones in Iraq 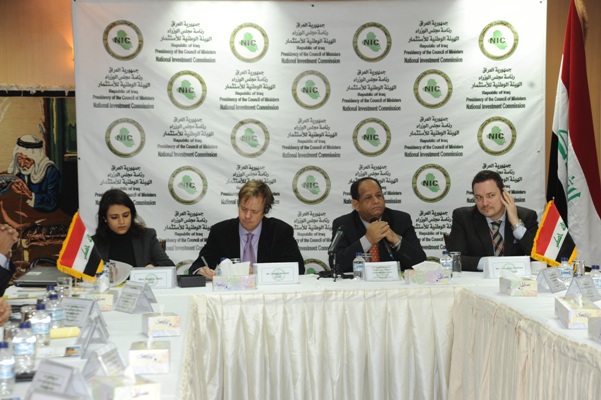 In collaboration with OECD and NIC special training course for the management of investment zones in Iraq The National Investment Commission ( NIC) organized in Baghdad recently a training course for two days in cooperation with the Organization for Economic Cooperation and Development( OECD) dedicated on investment zone management in Iraq to develop the participants ability to put the foundations for the legal and financial system . NIC advisor Dr. Abdullah Al-Bander, welcomed the participants that represent several ministries (Industry and Minerals, Communication, Finance and NIC) on behalf of Dr. Sami Al-Araji, NIC chairman had stressed the NIC priority to create a well-qualified cadre with international expertise in investment and investment zones management. Al-Bander also confirmed the great role played by OECD to activate investment zone management and its role in attracting FDI (foreign direct investment) to Iraq and organizing many conferences in cooperation with NIC in neighboring countries such as : Jordan ,Turkey ,France ,Lebanon resulted in drafting the legal system for investment zone management which is now under the process of legislation in the Parliament. Mr. Anderson – Iraq project coordinator in OECD expressed his happiness for holding this session in Iraq and not in neighboring counties’ as before . He also stressed the economic role played by Iraq recently. investment zone was adopted by NIC according to Article 9 of investment lawNo.13 for 2006 as amended in order to overcome the obstacles faced by investors. NIC has suggested many investment zones such as :(BIAP ,Hutain in Babylon province, Al-forat Al- Awsat area , the free duty zone between Nineveh and Duhouk and Al-Zubair area in Basra)