The NIC chairman Dr. Sami Al-Araji emphasizes the need to reconsider a number of laws in force 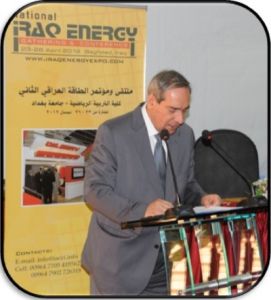 In order to mature legislative environment for investment in Iraq
The NIC chairman Dr. Sami Al-Araji emphasizes the need to reconsider a number of laws in force

The chairman of NIC Dr. Sami al-Araji, emphasized that the practical experience which undergone by NIC through dealing with investment companies, wishing to invest in Iraq, proved the need to reconsider a number of laws and make important amendments to it and in the forefront making another amendment on the amended investment law no.(13) for the year 2006 to mature encouraging legislative environment to invest in different sectors in Iraq, indicating that NIC submitted recently a working paper to the economy and investment committee in the parliament determines the required procedures to amend those laws as well as giving wider authorities to the ministries representatives in NIC to activate the work of OSS and the provision of infrastructure for the investment projects to ensure their success and completion in specified time, this came during the chairman of NIC attendance in the Iraqi second conference of energy in Baghdad university indicating that NIC worked from the first time to prepare the investment map to involve all ministries particularly the oil ministry by indicating sectoral investment opportunities that have been updated twice to take a role in the promotion of these opportunities through conferences, seminars and meetings held by NIC inside and outside Iraq because the energy sector presents the lifeblood of the Iraqi economy.

Araji added that private sector has an important role to develop the energy sector in Iraq but, it didn’t play the same role in Economic Development through the three decades of the last century because of the Economic Policy at that time ,he also indicated that the reactivation of the amended investment law will give a boost to the private sector to participate in many projects included in the investment map ,take the real role to lead the economic changes and to achieve the required growth rates and bridge the investment gap between what available from government resources and the actual need of the economy by entering the foreign capitals and the contribution of the local capitals in the investment.
On the other hand he said that NIC works to activate the article no. 9vIII which states (encourage the Iraqi investors by provision soft loans and financial facilities for them).

NIC formed committee including representatives from Finance Ministry, Central Bank and private banks which had completed the appropriate mechanisms for the granting of soft loans.

At last the chairman of NIC commended the efforts to organize and set up this conference and the accompanying specialized exhibition, considering the establishment of such works contributes effectively to promote investment in Iraq and strengthen communication between private and public sectors.
From her part the Director of Iraqi’s International exhibition company, Ms. Sahar-Alalaq, appreciated the NIC chairman’s role in supporting the private sectors’ organizations which promote investment in Iraq through his active attendance in symposiums and seminars which are held on the sidelines of the conferences and exhibitions.

This conference was attended by former Ministers of Oil and Transport Ibrahim Baher al-Ulum and Amer Abdul-Jabbar as well as representatives of ministries of Oil, Science and Technology, Planning and Electricity and number of private companies in energy sector and Businessmen.