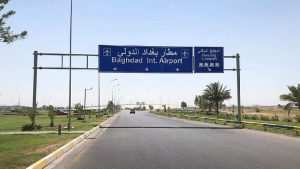 Chairwoman of the National Investment Commission, Suha Daoud Najjar, announced that the Council of Ministers approved in its regular session, held on Tuesday 15/6/2021, to allocate ​​(106) thousand acres within the area surrounding Baghdad International Airport to the National Investment Commission to oversee the construction of the “Al Rafael” city project as an administrative capital. Supportive and parallel to their counterparts in neighboring countries. Chairwoman said that this project will be implemented in four phases, the first phase of which includes the construction of (residential, educational, commercial, medical, service, and recreational) complexes that will use ​​(16) thousand acres, contributing to providing (75) thousand housing units for ( 300) thousand people in proportion to the designs proposed by the American company (CH2M Hil) and presenting them as investment opportunities and preparing detailed plans for each opportunity that include the type and nature of the project, its area and its uses, taking into account the provision of infrastructure services and environmental determinants in accordance with the designs and standards of the concerned authorities.

Chairwoman of the commission stressed that the project will have a tangible economic and social impact on the Iraqi economy for its active and expected participation in solving part of the problem of the increasing population expansion and the accompanying urgent need for housing, in addition to its active participation in reducing unemployment by providing diverse and large job opportunities in these projects. Referring in this context to instructions issued by NIC to the concerned authorities to reduce the percentage of foreign workers coming from abroad from (50%) to (20%) only of the volume of labor in each project, and to be limited to specializations that are not available inside the country..

Chairwoman of the commission concluded her speech by noting that during the next two weeks from (10) to (12) the commission will present an investment opportunity for integrated projects granted through the competent referral committees from state departments with high transparency and under the supervision of a specialized technical team that includes international and Iraqi consultants with a high degree of competence and experience. Appreciating the distinguished and supportive role of all state ministries and departments concerned with the subject