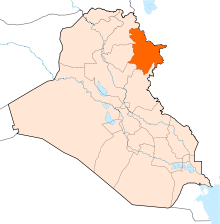 It is situated in the eastern north of Iraq, on the Iraqi- Iranian borders. It affiliates to the region of Kurdistan. It is 2.895 f. above sea level. Mountainous nature overwhelms the governorate. This flavour increases as one goes towards the east borders with Iran. It is 140 km eastward of Kirkuk. 60 km North West the city of Sulaimaniyah is the Dam of Dokan on the River of Minor Zab.

Governorate of Sulaimaniyah is a border Governorate which has a commercial center with Iran and has an international airport. 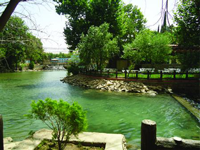 Serchenar summer resort is 5 km away from the center of Sulaimaniyah city. It is rich in trees, lot of water, and wide shaded areas. This summer resort has the hotel of Serchenar in addition to many tourist houses, a number of hotels and coffee shops prepared to receive the tourists and provide tourist services for them. There are also Luna parks and big entertainment gardens.

This lake is 71 km from the center of the Governorate of Sulaimaniyah, 141 km from the city of Kirkuk. It has been established near the Dam of Dokan on the Minor Zab. For the ease of tourist, an integrated vast tourist complex, game hall, coffee shops, and a modern market have been established to help people get their food staff needs. There are playing areas for adults and minors, a pool, and boats marina too. 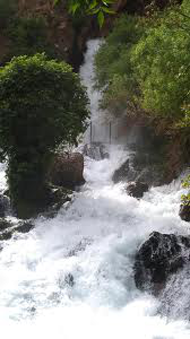 These are 75 km to the east of Sulaimaniyah, parallelizing the Iranian borders. This spot is regarded as a border point between Iraq and Iran, as the distance from there to the Iranian borders is only half an hour by car. The area is 2.000 m above the sea level. The summer resort is situated amidst high mountain series. It is regarded as one of the most important sites in the city.