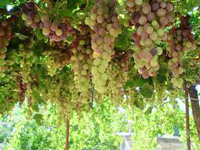 The agriculture sector has been a major contributor to general domestic production, because of the availability of the fundamental factors for success, including fertile plains, irrigation water from Tigris and Euphrates, large land areas, human and other material resources. Therefore, Iraq was considered the Middle East food basket and a main source of various agricultural products. However, this sector deteriorated significantly during the last quarter of the past century. Such deterioration can be attributed to factors like negligence, poor management of water resources, and population rise

Despite all these challenges, this sector continued to play an important role in the country’s economy due to the fact that it creates a large number of employment opportunities. This sector’s contribution to the country’s GDP in 2012 was (4.3%), whereas the increase in its contribution to the country’s GDP in the period (2009-2011) was about (9.5%). Iraq can be divided into two main agricultural areas: the northern area which is irrigated mainly by rain, and the southern area which depends in irrigation on Iraq’s main rivers: the Tigris and the Euphrates.

This sector is considered a promising sector in the investment field due to the large number of investment opportunities which it offers and the diversity that characterizes such opportunities. And in the light of the availability of elements of success, this sector provides diversity of food basket and relative food security through agricultural investments in all its types. 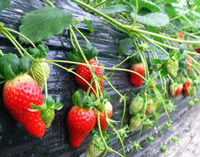 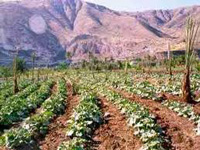